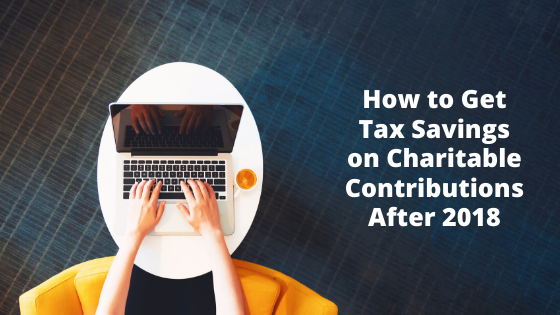 Qualified charitable distributions from an IRA provide individuals over 70½ with a way to receive income tax savings on charitable gifts—even if they decide to take the newly increased standard deduction.

For tax year 2017, 37 million income tax returns reported charitable donations. For 2018 returns, that number is projected to decline more than 50% to a mere 16 million. Clearly, this is a drastic decrease. So what is happening?

This decline is mainly the result of the Tax Cut and Jobs Act (TCJA) of 2017. Conservative think tank AEI estimates that 83% of the approximately $17 billion projected decline in charitable giving is coming as a result of the doubling of the standard deduction. The other estimated 17% is due to the lower marginal tax rates for high-income taxpayers.

Thankfully, there is good news for those over 70½ who want to donate to charity and still obtain tax relief when doing so. This is because no change was made to the law permitting people over 70½ to make charitable gifts from their retirement accounts, specifically their IRA, directly to the charity of their choice, without recognizing taxable income. This means that those individuals are still eligible to get a tax break for donating, even if they take the standard deduction.

Why QCDs have become more useful

Although QCDs have been around for a while, the passage of the TCJA in 2017, with its contingent increase in the standard deduction, has made them much more relevant for the foreseeable future. This year and going forward, it will be much more beneficial for those who take the standard deduction to use their IRA to make charitable gifts. For example, by using a QCD, it is possible for an individual to make a charitable gift from her IRA and apply the gift to satisfying her required minimum distribution for the year—but she will pay no income tax on the IRA distribution because the money is going directly to a charity.

This works because the law permits those over 70½ to make charitable gifts directly from their IRAs to eligible charities and excludes the distributions from their gross income. This strategy hasn’t been as widely used in the past because there was no itemized charitable income tax deduction for such an IRA gift; thus it made more sense for those who itemized to simply donate to charity and then deduct the donation. But since almost everyone will be taking the increased standard deduction in years to come, QCDs have become much more helpful to the typical donor.

QCDs may also provide a double benefit—they can potentially reduce Medicare premiums, too. High-income earners can see their Medicare premiums increase by thousands of dollars each time their income rises just $1 above any of the multiple predetermined income levels. For a couple in their 70s whose income exceeds the Medicare income threshold levels (see next page), a QCD can be used to reduce premiums in future years.

For example, take a couple making a combined $212,000 per year. If their last withdrawal from, say, their IRA put their modified adjusted income over the threshold of $214,000, their Medicare premiums would spike drastically, increasing by $2,424. However, if they make a $5,000 charitable donation through a QCD, their modified adjusted gross income is lowered by $5,000, taking it from $215,000 to $210,000. In turn, their Medicare premiums will potentially be lowered, which could save them $2,424 per year.

Remember, when attempting to make a QCD, there are some technical requirements that must be met to ensure that the contribution qualifies for special treatment.

• The charity must be a 501(c)(3) organization, meaning that private foundations and donor-advised funds don’t qualify for the QCD.

• Also be sure to check with the IRA custodian to see if there are any other specific requirements or forms that are necessary to make a successful QCD.

Overall, although QCDs have been a somewhat niche strategy in the past, the enactment of the TCJA has really brought them into the spotlight and will make them much more useful to taxpayers as we go forward. Those who are taking the standard deduction and are over the age of 70½ but still want a tax break for donating to charity can use a QCD to give money directly from their IRA to the charity of their choice, killing two birds with one stone. And if they are strategic with that donation, they might even get some Medicare-premium relief as well!

Copyright © 2019 by Horsesmouth, LLC. All rights reserved. IMPORTANT NOTICE This reprint is provided exclusively for use by the licensee, including for client education, and is subject to applicable copyright laws. Unauthorized use, reproduction or distribution of this material is a violation of federal law and punishable by civil and criminal penalty. This material is furnished “as is” without warranty of any kind. Its accuracy and completeness is not guaranteed and all warranties expressed or implied are hereby excluded.

All information herein has been prepared solely for informational purposes, and it is not an offer to buy or sell, or a solicitation of an offer to buy or sell any security or instrument or to participate in any particular trading strategy. Securities offered through LPL Financial, member FINRA/ SIPC. Insurance products offered through LPL Financial or its licensed affiliates.  Financial Planning offered through Lexco Wealth Management, a registered investment advisor and a separate entity from LPL Financial.
Our Retirement and Advisory Services Advisors are available to meet at our Commerce Street (Poughkeepsie) or Route 9 (Wappingers Falls) locations.
View LPL’s Privacy Policy

Ready for the Future?

We're ready to be your last financial advisor. Call us at 845.452.7323 x1222 or CONTACT US here to schedule a no-obligation consultation. We'll be happy to help you!